The Leuven Manual covers “consensual” Peace Operations, both of the traditional peacekeeping variety and of multi-dimensional Peace Operations which include aspects of peacekeeping and peacebuilding, and support for the political process of conflict resolution. Such Peace Operations are based on three bedrock principles: consent of the parties, impartiality and limited use of force. These three principles have evolved along with the evolution of complex multi-dimensional mandates and increasingly volatile operating environments.

The Manual devotes attention to the various stages of the planning and conduct of Peace Operations conducted by both the United Nations (UN) and by regional organizations and other arrangements. It attempts to address all relevant issues, with a particular focus on those which required further research and clarification in doctrine, and where useful or necessary it offers policy recommendations, notably where the law is silent or unclear.

Its authority rests in its bringing the relevant law and associated good practices together in a structured and accessible form of rules to which all contributors (forming the Group of Experts) have subscribed.

Over the years, the project to draft the Leuven Manual generated academic activities across the globe: A Group of Experts and Observers (see annex 1) discussed the international law applicable to Peace Operations notably at events in Belgium, Cameroon, Canada, China, the Czech Republic, Germany, Italy and Peru. Observers from the UN’s Office of Legal Affairs and the Department of Peace Operations (formerly DPKO, now DPO), from the ICRC, from the African Union and from NATO participated in the many discussions during the drafting of the black letter rules and commentary. They were given the opportunity to provide specific comments and input on matters related to the policies and practice of their respective organizations, some of which are included as appendices to the Manual. The European Union did not formally designate an Observer to the project, but EU expertise was available thanks to the participation in a personal capacity of Dr. Frederik NAERT (of the Legal Service of the Council of the EU). Furthermore, the project could count on the participation of the Director of the European Security and Defence College, Mr Dirk DUBOIS, a member of the project’s Advisory Board.

The project was managed by a Project Management Team, headed by the Society’s Assistant Secretary-General, Mr. Alfons VANHEUSDEN. The project’s Senior Academic Advisors were Dr. Dieter FLECK, Professor Terry GILL, and Air Commodore (ret.) Dr. William H. BOOTHBY, three well-known scholars. They acted in the capacity of General Editors of the Manual, along with Mr. VANHEUSDEN, and they ensured the overall quality and cohesion of the Leuven Manual, provided input concerning the structure of the Manual, and participated in the drafting of rules and commentary. Mr. Marco BENATAR and Mr. Remy JORRITSMA supported the project, notably as members of the Project Management Team and as Assistant Editors.

The Project Management Team and Senior Academic Advisors requested selected experts to form the project’s Group of Experts. These contributors were responsible for submitting pieces of publishable quality within the agreed time limits and framework set by the project plan.

The Group of Experts was supplemented by the Advisory Board. This Advisory Board provided viewpoints and offered its advice on best practices.

Support was provided by many governments and institutions by covering the costs of their participating experts or hosting project-related meetings. Their support is acknowledged in the Leuven Manual (see annex 2).

The Leuven Manual has been sent to the leadership of the UN, the EU, NATO, the AU and the ICRC. Furthermore, it has been sent or given to other authorities, organizations etc., including at the national level.

In February 2018, the Society launched the Leuven Manual in New York, in the presence of the UN Undersecretaries-General for Legal Affairs, for Peace Operations (formerly ‘Peacekeeping Operations’), and for Operational Support (formerly ‘Field Support’).

Another event about the Leuven Manual took place at the Geneva Centre for Security Policy (GCSP) on 11 May 2018, for the international community present in Geneva.

In March 2018, the Manual was also presented in Lviv to a Ukrainian audience, including the Ukrainian military, as well as to the ‘Africa Military Law Forum’ convened in Oberammergau with support of US EUCOM.

At the end of October 2018, Professor GILL presented the Leuven Manual to an Italian audience in Taranto at an event organized by the Italian Group of the Society.

In November 2018, a special event on the Leuven Manual took place at NATO’s new Headquarters in Brussels, and later that month Assistant Editor Remy JORRITSMA presented the Leuven Manual in Cameroon’s capital, Yaoundé for an African audience.

In June 2019, the Leuven Manual was presented in Seoul on the occasion of the 10th International Symposium on Security and Military Law, organized for an international audience by the Office of the Judge Advocate General of the ROK Army.

In May 2019, the International Review of the Red Cross published a book review written by Mr. Tobias VESTNER and Mr. Alessandro Mario AMOROSO on the Leuven Manual. According to VESTNER and AMOROSO “… there is no other contribution that has taken up the challenge of collecting, analyzing and restating the entire body of law applicable to peace operations. The Manual has therefore at least as much merit as comparable projects realized in other areas of international law, notably the San Remo Manuals, the HPCR Manual and the Tallinn Manual. The choice to supplement the restatement of existing law with best practices in the form of policy recommendations goes even beyond the book’s main purpose and will hopefully contribute to the settling and development of law by practice.”

In the Oxford Bibliographies on normative aspects of international peacekeeping published in October 2018, Professor Boris KONDOCH calls the Leuven Manual “The most comprehensive overview and detailed commentary on legal rules applicable to peace operations conducted by the UN, the EU, the North Atlantic Treaty Organization (NATO), the AU, and other organizations. Written by leading scholars and practitioners”.

The Society is currently preparing a scenario-based training package referencing the Leuven Manual.

In order to reach the widest possible readership translation of the Leuven Manual into other UN languages is envisaged. Mrs. Laurence DE GRAEVE coordinated the work on the French version of the Manual, which was published in March 2021.

As stated in the Leuven Manual, all revenues derived from the publication of the Manual will be used in furtherance of the objectives of the Society, with priority given to Manual-related activities. Please note also that all office holders of the Society do their work pro bono. They do not receive any salary or other financial compensation for their work for the organization. The same holds true for all contributors to the Leuven Manual.

The Manual is made up of 21 chapters. None of these chapters is the result of the exclusive work of one contributor as the Group of Experts jointly worked on all chapters. The book discusses:

See annex 3 for a detailed overview.

The law applicable to the use of biometrics by armed forces
Amsterdam, 25 May 2023
Read more 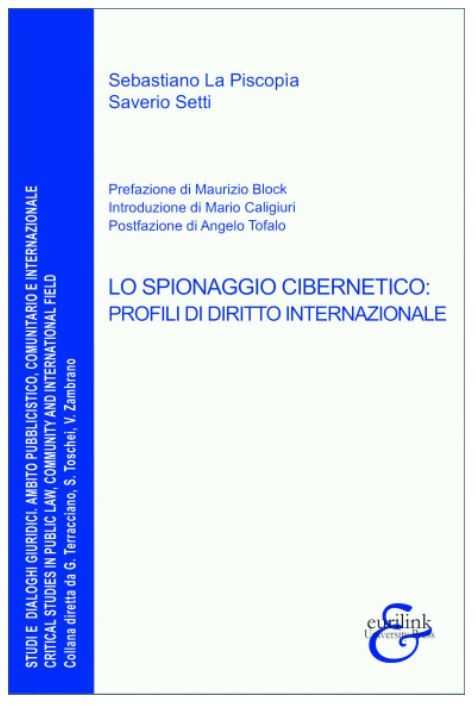